At the Palmiry Cementary and Museum in Kampinos Forest. Kampinos forest is one of the largest in Europe, with a surface of more than 2000 km2 if was never dominated by the germans and held a large unit of AK partisans during the whole war therefore there were fierce battles during the war, fisrt of them for the defense of Warsaw in september 1939.
Betwen the last months of 1939 and 1941 the german ocupants murdered in the Palmiry area of the forest a large number of persons belonging to the cultural, political, scientific and intellectual elites of Warsaw, together with their families. They were shooted and buried in mass graves, more than 2100 persons died that way. Till the end of 1943 more people were killed that way in other areas of the forest.
It was a honour to pay our respects to the victims.
Now a little museum and a impressive cementary rembers these dreadful events.

Conmemoration in Madrid of the World W… 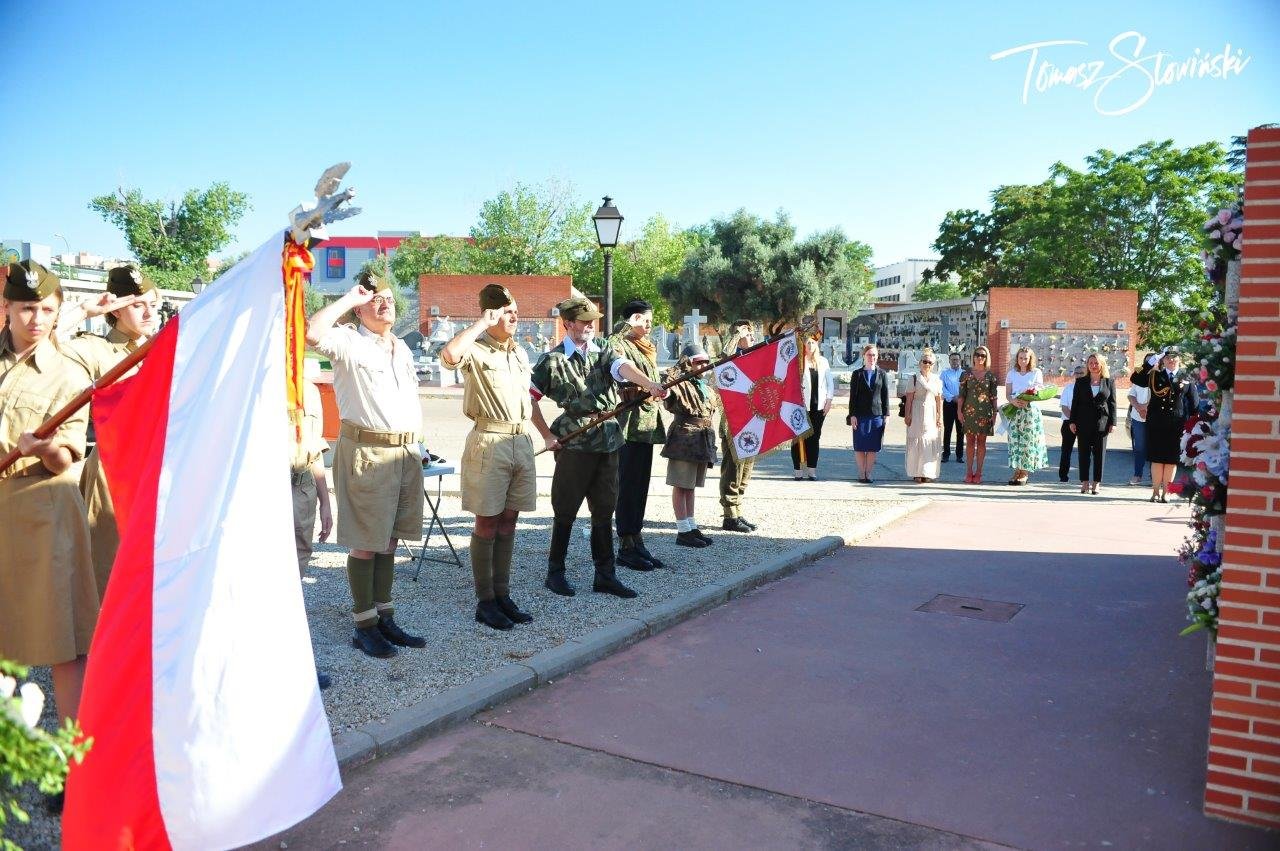